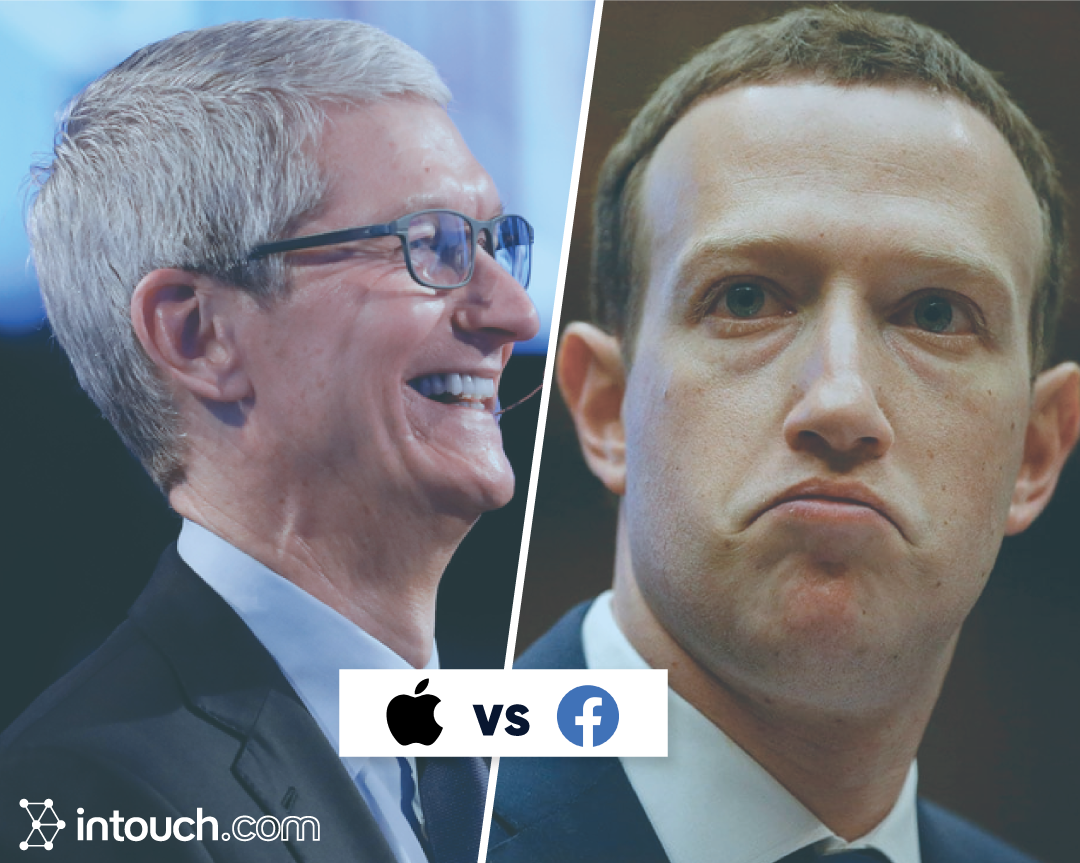 Apple and Facebook, the two online giants, are now in a battle over data privacy and market power that appears to be heading for the courts.

What You Need To Know About The Trendy War

Facebook's top hit, WhatsApp, was forced to postpone an update to its privacy policy when an in-app notification informed users that some data from the messaging app would be shared with other Facebook-controlled Apps. This escalated concerns about the privacy of profile data and chat messages, and drove users to shift to other encrypted messaging apps.

iPhone users will get a message from Apple asking them if they want to allow the Facebook app to collect their data. If they refuse, Apple will prevent Facebook from doing so, and the same thing goes to any app that collects data on users for advertising purposes.

Smartphone users are becoming increasingly displeased with applications collecting a lot of information and data about them and Apple is fighting back by giving users the alternative to turn off location tracking and inform people if an app is tracking their location.

A Facebook spokeswoman said that agreeing to these terms does not allow Facebook to collect new types of data; it means that it can continue to give people better experiences by using the same data that already exists.

The next step for Apple is to allow users to choose not to participate in data collection entirely. In an update to iOS14 to be rolled out in the next few months, Apple will allow users to control what data each app collects and switch it on and off at will.

Why Is Retail An Advantage?

According to customer think, 62% of businesses fail with Facebook advertisements; claiming that they usually don't have the necessary time to arrange compelling visuals and determine the correct audience. And even if a business perfectly executes, few claim that the outcome was worth the time and money spent.

For many high-value items, a retail storefront may appeal more to customers and generate a higher profit margin on individual items. Some customers look for the experience of shopping and prefer to see, test, and touch items before they decide to buy. So you are not only having the full experience but the right products and services for you are also viewed specially for you at the right time. A productive solution that made watching Ads and shopping at the very same time, possible.

Innovations made as part of DOOH, and specifically, in-store digitization has allowed retailers to blend in with their environment and use data to their competitive advantage.
In-store IoT sensors collect data and help influence targeting in real-time and at the instant time of purchase. This makes it easy for retailers and CPGs to maximize sales, save unparalleled costs and unlock true value inventory. The purpose of this is to provide a one-of-a-kind experience for customers. This real-time targeting is very accurate to the point that every single customer is overwhelmingly happy and satisfied, which drives loyalty.

If you’re uncertain of your next play and want to learn more about the smartest in-store media network in the world, get In touch!