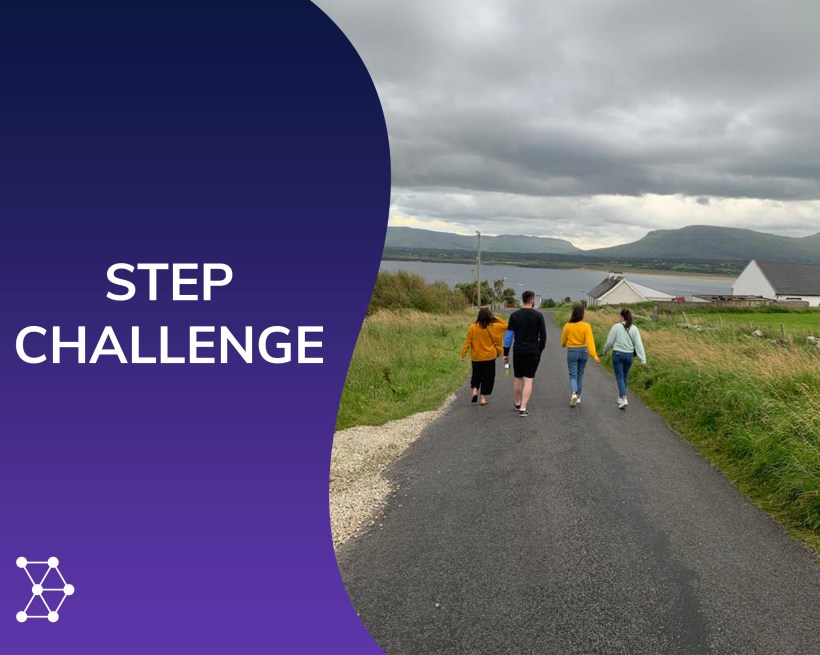 The benefits of physical activity reach far beyond general knowledge. While educational slide decks aren’t the most exciting way to disseminate knowledge, company-wide competitions are an exciting alternative: increase participation rates and exercise while providing a channel for education.

With the promise of glory, recognition, and a trophy, the international Intouch.com team took to the streets for a step challenge. Each individual stride was invested towards the following:

And Most importantly: a personal commitment to performing better today than yesterday.

Over three heat-filled summer weeks, sweaty peers monitored a real-time ranking app with the hope of overtaking their predecessors. On three occasions, tips and recommendations comprised of music, podcasts, food, drink, and recovery advice were released. Of course, a 24/7 forum was provided for tip sharing, encouragement, picture sharing, and light banter.

While the competition was successful in terms of participation rates and player performance, the job was not done for Intouch Health at the termination of the three weeks.

At the forefront of the inspiration for hosting Intouch In Motion was education on its physical and mental health benefits. A bit of a trojan horse of knowledge penetrating sports if you will. At the end of the event, a meeting was held to discuss the event and reveal why it took place. An open discussion was moderated by Intouch Health’s own Niall Behan* with the following open prompts:

The response rate was high in the forum, shedding some light on each player’s perception on what they believe they benefited from by participating. Answers ranged from observing an increase in progress over time to achieving a more restful sleep each night. An information session was then held on all the prosperities reaped through participation.

In first place, with the most steps, was our very own co-founder and CEO, Tim Arits. Tim took a very early lead, baffling the other participants with a step count of 16,414 at the close of day 1. Although he was not in first place at that time, his perseverance boosted him above his predecessor not too long after. Needless to say, he kept up the hard work and held his lead over the remainder of the 3 weeks.

In second place, with the second most steps was another co-founder and CTO, Doychin Doychev. Doychin also performed very well starting at day 1, trailing Tim by 1,000 steps. He also had a very noteworthy highest single day step count of 22,000. On the other hand, Doychin also won the superlative of lowest single-day step count. Thankfully it wasn’t too scorching of a burn due to his 2nd place overall standing.

The Most Improved Prize went to Rawia Ahmed of the Egypt Team. She achieved an increase in average weekly steps of 36% from week 1 to week 3. As the winner of this award, she embraced the meaning of the event to be better today than you were yesterday. Great work Rawia!

The Intouch Health Committee is a new venture of a diverse, committed group of individuals working together to create a healthier Intouch. Focus is put on education, understanding, and practicing positive physical and mental health. This committee takes a holistic approach to well being, consisting of quarterly events, continuous education, and open-dialog.

Intouch Health sought feedback on the Intouch In Motion event, along with ideas for the next function. Based on responses, food will be at the forefront of the next venture. Over the coming weeks, the team will brainstorm ideas and generate an execution plan. As always, physical and mental well-being will encompass any event into the future.

jmjackson23
SCHEDULE A 20 MINUTE CONSULTATION WITH ONE OF OUR RETAIL EXPERTS.
KEEP IN TOUCH